That's what expats on the Costa Blanca want 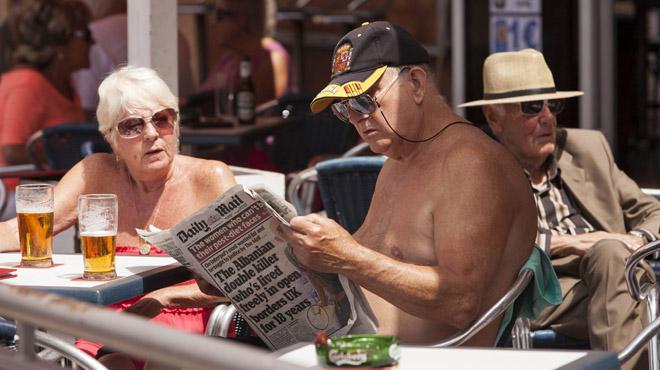 The Costa Blanca is one of the favorite tourist spots in Spain for most Europeans. A lot of expats buy homes and retire to a quiet life here. The Dutch, Germans, Brits are all drawn to the region's climate and lifestyle for several alluring reasons.

Places like Alicante have a lot of closed-off British communities, where even Spaniards feel like foreigners in their own country. Interestingly, the population in Alicante and other Valencian communities continue to grow.

Unlike most other European tourist attractions, the Costa Blanca is easily accessible by flight, and the cost of living is lower.

Besides, the economy is robust; healthcare is almost or practically free, depending on the region where you live. The many beachfront resorts offer tourists such pleasurable experiences that are hard to recount in detail truly.

The weather on the Costa Blanca is relatively temperate, a very strong reason why it is such a lure to the expats that settle there every year. The Brits, in particular, find the sun a delight.

Over the years, vibrant and successful local communities of foreigners have sprung up across the Costa Blanca, especially in the province of Alicante, where several British and German communities and businesses are thriving.

Aside from the weather, the Costa Blanca is lined by beautiful beaches, a strong tourist attraction. The sea is host to many surfers and sports lovers. It's a favorite vacation spot for tourists. Even residents consider this to be one of the most spectacular characteristics of the Costa Blanca.

Although the primary economic activity of most regions on the Costa Blanca has been agriculture for many years, there are more industries growing today. For instance, tourism has grown to be a major source of revenue for the local government. This is even made possible by the proximity of its many municipalities to the beachfront and local airports.

The landscape is nothing short of exquisite. There are beautiful plains and rocky mountains. In the north, the Costa Blanca starts with two beautiful towns, Denia and Javea, at the bottom of a mountain. In the south, it stretches down to Guardamar and Torrevieja.

Tourists and intending settlers have created a big market for real estate agents on the Costa Blanca. In terms of beauty, many residents consider the seaside villages, beaches, and towns as the biggest beauty of the Costa Blanca. Apartments and houses generally differ in quality and cost as you travel across the Costa Blanca towns and cities.

If you are thinking of purchasing a particular property, it's advisable to seek professional advice from legal counsel and interact with real estate agents.

Property for sale in Finestrat

Houses for sale in Altea

Luxury villas for sale in Finestrat

Cheap houses for sale in Finestrat